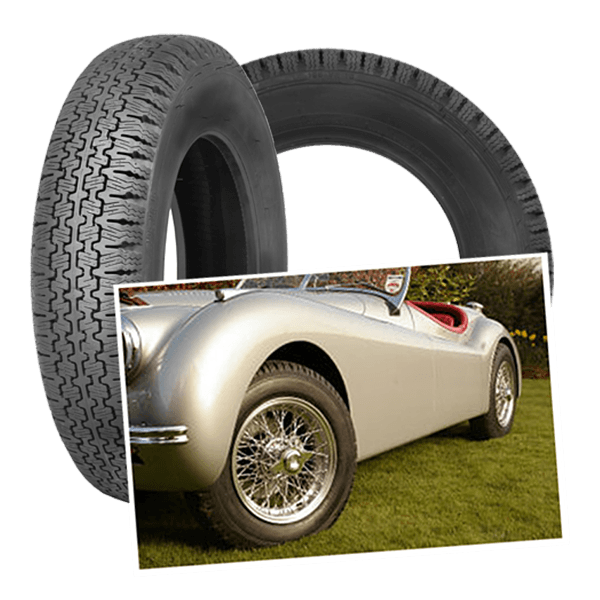 Later at the end of the 60’s low profile tires were developed. The low profile version of a 185VR15 tire is a 205/70VR15. If you have a car that was developed to fit 185VR15 tires an it is now fitted with a low profile tyre you may well find, the steering heavy and vague and the handling of the car is less progressive, the answer is probably to revert back to a 185VR15 PIRELLI CA67 CINTURATO ™ tyre.

If you bought an Aston Martin DB4 and told Aston you wanted radial tyres Aston would fit 185VR16 PIRELLI CINTURATO ™ CA67 tyres. It is still an excellent tyre to fit to a DB2, DB2/4, DB2 MK3, early DB4 including the DB4 GT.

If you bought a road Maserati or a Ferrari in the fifties the chances are it would have been fitted with PIRELLI’s ground braking CINTURATO ™ CA67 tyre in the size 185VR16.

In 1952 PIRELLI’s development of the CINTURATO ™ tyre took the world of sports cars by storm. The initial motivation behind the development of radial tyres was increased longevity and grip.

PIRELLI took this a step further with the development of the CINTURATO ™ tyre, by adding progressive handling to the features a radial could offer.